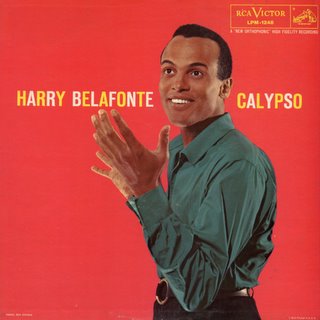 When it comes, we'll be listening to this ("apocalypso" suggested by Neil). Or we'll be harvesting our black-eyed peas in the high desert, as my pal Michael will be doing. Or we'll be sitting with a stiff porter and blogging like an idiot against the forces that brought it upon us. Or we'll be smoking lots of cigarettes and feeling no guilt for the first time. Or a scream comes across the sky as it did for me and several million others on 9-11, but didn't for people in the previously New York- and DC-hating patriot's red state. Or we'll just have happened to be reading Dante and have made it to Canto XXVIII. Or we'll be in a car with Virginia license plates honking our horn at a stoplight. Or holed up in a cave like Dick and George (oh, the irony!). Or perhaps we'll have epiphanous Total Awareness of the Homeland. Or perhaps we'll have had the opportunity to be reading from our bible, "Time is but the stream I go a-fishing in. I drink at it; but while I drink I see the sandy bottom and detect how shallow it is. Its thin current slides away, but eternity remains. I would drink deeper; fish in the sky, whose bottom is pebbly with stars. I cannot count one. I know not the first letter of the alphabet. I have always been regretting that I was not as wise as the day I was born." (Thoreau, Walden).
Posted by helmut at 9:00 PM

I think I prefer the non-apocolyptic originals.

I love cigarettes. I have one a year.

There is a Hand to turn the time
Though thy Glass today be run,
Till the Light that hath brought the Towers low
Find the last poor Pret'rite one...
Till the Riders sleep in ev'ry road
All through our crippl'd Zone
With a face in ev'ry mountainside,
And a Soul in ev'ry stone...

(I haven't looked at this since 9/11: Jesus Horripilating Christ where the FUCK did Pynchon get "Till the Light that hath brought the Towers low/Find the last poor Pret'rite one"????? I mean, really, now!)

belum, where I'm to be condemn'd if I keep seeing Signs and Portents in Gravity's Rainbow...

Dammit, Murky, you've got me singing that now as I glide through the sylvan veins of DC as a satyr. (By the way, update your damned blog! Nice stuff when you do.).

Ned, you always make me cry, you know. Pynchon, like Ray Davies reads/read/will read our minds forever and ever.

Great! I'll probably wind up in Apocalimbo for this...

Lets go down fighting ,eh? To save the trout if nothing else.

You are too kind helmut. Perhaps I should confess that I am one of those dreaded, merely sporadic bloggers. I hardly deserve "blogger" status, let alone wider recognition. But maybe you'd be interested to learn about my money-back guarantee?