Take a look at this, humanzees:

Crocker took the students on a tour of experiments that she said were supposed to prove evolution. In the 1950s, she said, scientists Stanley Miller and Harold Urey ran electricity through a soup of chemicals to show how chemicals on the early Earth could assemble themselves into the building blocks of life.

"Anyone read about it?" she asked.

Crocker said that subsequent research had shown that chemicals used in the experiment did not exist on Earth 4 billion years ago. "The experiment is irrelevant, but you still find it in your books," she said.

She cited another experiment, involving researcher Bernard Kettlewell, who produced pictures of variously colored peppered moths on tree trunks to show that when the moths were not well camouflaged, they were more likely to be eaten by birds -- a process of natural selection that influenced the color of the moths. "This comes from your book -- it is not actually true," Crocker said. "The experiment was falsified. He glued his moths to the trees."

Gasps and giggles burst out. Why was the experiment still in the textbook? Crocker said the authors' answer was, "because it makes the point . . . The problem with evolution is that it is all supposition -- this evolved into this -- but there is no evidence."

The students sat stunned. But Crocker was not done. From this ill-conceived theory, she concluded, much harm had arisen. Nazi Germany had taken Darwin's ideas about natural selection, the credo that only the fittest survive, and followed it to its extreme conclusions -- anti-Semitism, eugenics and death camps. "What happened in Germany in World War II was based on science, that some genes and some people should be killed," Crocker said quietly. "My grandfather had a genetic problem and was put in the hospital and killed."

Nguyen was among the first students to speak. "With so many things disproving evolution and evolution having no proof, why is it still taught?" he asked.

"Right now, in our society, we have an underlying philosophy of naturalism, that there is a material explanation for everything," Crocker replied. "Evolution came with that philosophy."

Carolyn Flitcroft, a student in one of the front rows, said: "So far, we have only learned that evolution is true. This is the first time I have ever heard it isn't."

"I lost my job at George Mason University for teaching the problems with evolution," said Crocker, a charge that the university denies. "Lots of scientists question evolution, but they would lose their jobs if they spoke out."

As more students began to speak, many expressed what were clearly long-held doubts about evolution. Nguyen said later that Crocker had merely provided evidence for what he had always suspected.

When Lowe finally spoke, it seemed as if the lecture had lifted a load from her shoulders. "I believe in creationism, I believe in intelligent design," she declared to the class. Humans have souls, which make them different from other animals, she told me later. To believe in evolution meant that "after you are dead, you are done." Without the accountability of Judgment Day and Hell, why would people follow the Ten Commandments?

I know evolution as a philosopher, rather than as a scientist, although I have some background in science. But I don't know the papers/studies Crocker refers to, so I have no comments on those particular bits. PZ Myers is the go-to guy on the science side. As a simple intellectual matter, as a matter of good thinking (including good scientific inquiry), however, there's a lot that's haywire and dangerous here. It's difficult to know even where to begin. I'd fire her too. Not for teaching intelligent design - she'd be free to subject that to the Theology Department - but for being a poor scholar and teacher.

First, anyone can present poorly-designed or poorly argued scientific experiments, hypotheses, and theories. History is rife with them. They get weeded out over time by better science and this is one of the great merits of science as a method and general pursuit. Evolutionary theory does not rest on the experiments Crocker cites. Thinking like Crocker, I could say something like this: "the Christian inquisitions tortured, mutilated, and executed innocent people all in the name of the Christian God. If you think this was wrong, then Christianity is bogus." This, friends, is really really poor inductive generalization in which Crocker conducts highly self-selective sampling to make her own point. It is also a mix of the basic genetic fallacy (in which you evaluate a belief according to its source, rather than good evidence). She sets up a kind of combined strawman and implicit ad hominem in order to suggest that an entire theory is faulty by choosing non-representative proponents of that theory.

Second, she preys upon the subjectivist emotions of the students by slanting her questions and supposed evidence. Her assertions are fallacious enthymemes and they are intellectually dishonest. Most philosophy professors know that many undergrad students come to their first philosophy classes having never studied logic or good argumentation or philosophical ideas in-depth. Most know also that students come prepackaged with a standard non-philosophical relativism and subjectivism. Our culture teaches this well-enough on its own - "well, that's just my opinion." And our public educational system involves next to zero philosophical inquiry. As such, Crocker is telling her students that their own subjective intuitions are more correct than the results of nearly 200 years of cumulative scientific research and wisdom based in evolutionary theory and conducted by tens of thousands of researchers and teachers. Intuitions are not necessarily wrong, but they are only shown to be correct through rigorous inquiry. Perhaps what is worst here is that she's telling her students that inquiry need proceed no further. She's training her students to be idiots by telling them to confirm their own biases.

Third, the comparison with Nazi Germany is ridiculous and the kind of flaming false analogy that pings around the corners inside Bill O'Reilly's skull. If anything, she's referring to Spencer's misappropriated variation of Darwinism: "social Darwinism." Americans often do this when referring to evolutionary theory, and many still make much of this cliché in order to justify their own racism and classism. But, further, of course, it is also meant to spook the students, to frame Darwinism in the most evil terms before it ever comes under inquiry into its meaning and its success in underwriting science as a descriptive and predictive endeavor. This is authoritarian propaganda itself.

Fourth, look at her responses to her students. She allows them to make fallacious assessments based on what she has said and then make pronouncements about 200 years of evolutionary science. She instills the notion in her students that there's a grand conspiracy against their basic intuitions and biases, and "lots of scientists" are huddling in fear. And she suggests that the propagators of this conspiracy ought to be overthrown.

Fifth, the idea that there is a "material explanation for everything" simplifies the status of research in many of the sciences and in philosophies of science, and it is a lie regarding American culture. Cognitive scientists, neuroscientists, and philosophers of mind are not decided firmly on the nature of the relations between, say, the physical "firing" of synapses in the brain and thoughts, feelings, ideas, tastes, etc. This is a vast, fascinating, and fecund area of research. Crocker suggests that souls are everything, story over. It is a lie regarding American culture because most people, including many scientists, believe that the material world is not all there is (and, what is it? About 80% of the American population believes in a god?). Nevertheless, naturalism, generally speaking, explains infinitely more about the world and ourselves in it than the supernatural, which can be made up according to one's own preferences. Nature provides resistance to false ideas and theories. The supernatural provides resistance only to the extent that one is indoctrinated, which is precisely what Crocker is doing to her students.

Finally (though there's so much more...), Crocker is generally blocking the road of inquiry in the name of supposedly opening it. I don't mind if a student wants to explore the nature of intelligent design. It has been a regular topic of discussion in theology since at least the Middle Ages, and look where we are today - same old argument based in faith. To do so in a science class, however, is to bring both politics and religion into science, not the inverse.

And, of course, I now see that PZ has a post up. Take a look. I agree. Crocker should be fired. 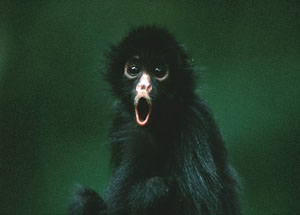 Thanks for addressing that Sunday Post article. I agree with everything you and PZ said. On one hand, I feel mildly pleased that the freedom of speech is alive and well but shouldn't someone at the Washington post also get a pranging for making her the cover story?

These false cries of persecution are not only indicative of the neo-conservative religious ideologue, but psuedoscientific as well. They were not reeceived well in Dover, Pennsylvania. For a critique on the new and old creationisms, see the special issue of the Georgia Journal of Science at http://www.gpc.edu/~jaliff/GAJSci63-3.pdf

I have to say I'm in agreement,that evolution is a philosophy and not a science.But it taught university withoout having a hypothesis.Also if thought of logically the nazis must be right if the coclusions of Darwin are to be taken seriously.Did you know what is ever mentioned is that Darwin repented of evolution before he died.
Does evolution = nazi

There has been much research done regarding whether Darwin recanted (not repented) his life's work of evolution. The ultimate outcome is that he did not. This is drawn from both the Christian researchers and the non. It is important, when speaking to intellectuals, to speak intellectually and when speaking to people who are more reliant on faith, to speak in faith. To give a science class a faith lecture is out of place, and usually not well-received. If one wishes to speak theology in a science class, one should teach a theological science class, and if one wishes to teach science in a theology class, one should teach a scientific theology class. Doing otherwise leaves oneself open to ridicule, thus teaching nothing.