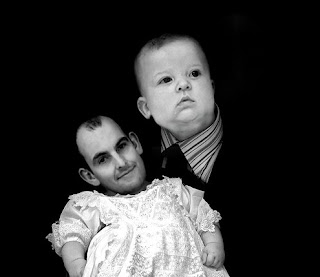 Evolution as a bio-material process has no particular value other than that we humans might give it in retrospect. Stupidization is, paradoxically, a willful choice to halt the evolution of consciousness and intelligence. It implies a valuation of inverse evolution. Some examples of male stupidization:
Perhaps a recent article by Carl Zimmer in the NY Times, "Lots of Animals Learn, but Smarter Isn’t Better," helps explain this curious phenomenon of willful stupidization.

...Dr. Kawecki and like-minded scientists are trying to figure out why animals learn and why some have evolved to be better at learning than others. One reason for the difference, their research finds, is that being smart can be bad for an animal’s health...

Forming neuron connections may cause harmful side effects. It is also possible that genes that allow learning to develop faster and last longer may cause other changes...

Dr. Dukas argues that learning evolves to higher levels only when it is a better way to respond to the environment than relying on automatic responses...

Dr. Kawecki suspects that each species evolves until it reaches an equilibrium between the costs and benefits of learning. His experiments demonstrate that flies have the genetic potential to become significantly smarter in the wild. But only under his lab conditions does evolution actually move in that direction. In nature, any improvement in learning would cost too much.

Perhaps (see also Steve G's and commenters' discussion here regarding grade ranges among male and female students - I find that Steve's observation holds generally for my seminars too), male stupidization is a function of an environment in which males have historically had social advantages over females. That social environment involves increasing "costs" to further learning for men operating already within a status quo that favors their position. But it may include far more benefits for women from increased and ongoing learning, potentially resulting in a dramatically changed social status quo. Male stupidization, then, may be a reaction against a shifting status quo. Acts of male autonomy in this context are then expressions against learning-driven changes in the social environment. Programmed male cost-avoiding can only then make reference to an increasingly simplistic version of the historical status quo in which male advantages are socially inherited and automatic.

It's bound to all balance out in the end. The growing numbers of hard-working and successful women would appear to be competing for a smaller pool of potential mates that they'd consider worthy of them, and they certainly don't have the time to raise lots of kids. This makes less hard-working, less successful women seem bound to bear more viable offspring and so to "catch up" demographically. Or men could start acting and talking like trophy bimbos and orient to being housedads. Oh, but I forgot modern reproductive science and the fragility of the Y chromosome. Men may be gonners once you factor those in.

Anyway, although I've yet to read the Zimmer piece, but it sounds like "being smart" or "a good learner" and the environmental costs of it are being oversimplified. I'd want to see a consideration of response speed and the environmental context in which learning depends on consciousness. I think consciousness emerged to provide a more general and broader ability to learn and that it supports a capacity to automatize learned behaviors, and I think language and culture emerged to mitigate the increasing cost racked up in the evolution toward an ever more conscious life-style --which requires that there exists a developing state of the art in tools and tactics to teach to our children before we send them to fetch dinner; and require behavioral customs relating to disease so that our children need not have been born genetically resistant to a disease to evade it. Our ancestors evolutionarily committed us to keeping up with the evolution of our predators, prey and pathogens through conscious research and the preservation of learning through culture. Cheetahs didn't. (Is that why we don't like cheetahs, and why most of them are men?)

and that it supports a capacity to automatize learned behaviors

Make that "and while it supports a capacity to automatize learned behaviors, there's also associative and perhaps other non-conscious ways of learning that enable faster learning and/or faster behavior, and speed is an often decisive advantage.

I lost my train of thought in there.

I've read the Zimmer story now and am skeptical. Also it seems to me the disadvantage and cost in every case described could be just the caloric demand of firing nerve impulses, which is at least one of the most energetically demanding activities any cell engages in routinely, and which a learning fly or any other learning animal is bound to do a lot more of than do animals that can't or simply don't experience opportunities to learn. Hurumph.