Steven Perlstein: An open letter to Medtronic on what it means to be an American company.

What scientists spend their time doing.

Who's allied with whom in Syria.

More about Sykes-Picot, which everyone likes to say is falling apart.

If Clausewitz's analogy to the physics of his day isn't a very good one, what is the case for all that quantum stuff we keep hearing?

How to verify nuclear warheads without seeing them. This becomes important as the numbers go down.

Is nuclear power ever coming back? Probably, but it's a slog.


Posted by Cheryl Rofer at 8:41 PM No comments:

When and why civil resistance works against authoritarian regimes. I would have liked to have seen something about the nonviolent movements in the Baltics in the 1980s, but this is interesting.

What the Baltic States are doing to counter Russian propaganda. Paldiski, where the American troops are staying, was a site for training Soviet nuclear submariners. It had two reactors, which the Russians took with them when they left.

Russia is unhappy that search engines pick up more than their propaganda.

OPCW report on its mission to Syria. Yes, chlorine is probably being used as a war gas. And I'll add it's probably the government doing it. The opposition doesn't have helicopters.

A selection of Dick Cheney quotes on Iraq from 2003. One of the many. It's good to see the bashing of the neocons that is in progress.

We do research on every public health problem but guns. And the NRA wants to keep it that way.

Chapter 2756 of why government regulation is necessary.

Posted by Cheryl Rofer at 12:37 PM No comments: 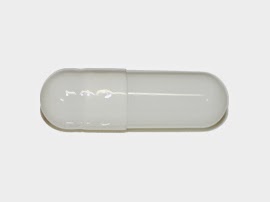 I swallowed a capsule this morning and am currently a walking source of gamma radiation. I must stay away from people for three days, from children, pregnant women, and small animals for five. I laid in a supply of groceries and figure I’ll have a few quiet days.
Read more »
Posted by Cheryl Rofer at 8:33 AM No comments:

Have We Reached Peak Yet?

I think it was John Cole at Balloon Juice who originated the concept of "peak wingnut." As I understand it, the rightwingers will crescendo their crazy until it can no longer be sustained. Then the fever will break, and we can go back to a semblance of politics in place of conspiracy theories and frothing at the mouth.

The problem has been that each time an apparent peak is reached, the rightwingers manage to mount one more.

Read more »
Posted by Cheryl Rofer at 8:11 AM No comments:

Some background on current events in Iraq.

What ate a 3 meter long Great White? Probably a Wereshark.

Pretty convincing evidence that Chris Hedges is a serial plagiarist.

Russia can't give up the idea that all its friends should speak Russian. This kind of thing is why language is an issue in Ukraine.

And a psychoanalytic look at Russia.


Posted by Cheryl Rofer at 3:33 PM No comments:

Thoughts On The Seventieth Anniversary of D-Day 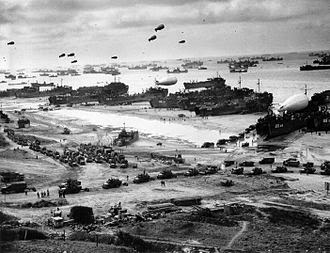 We are seeing the photos and the front pages of the newspapers, the first dispatches from reporters, Eisenhower’s correspondence, and today’s observance in Normandy. Seventy years ago today, the war in Europe turned. The landing of the allies and their establishing a beachhead was the first step that clearly went in the direction of defeating Hitler.

Seventy years is a long time. I like to try to get perspective on what younger people are thinking today by thinking about the times I was that age. When I was in college, seventy years ago was before either of the world wars, and it seemed like another world. It was, just as D-Day must be for today’s college students. And, indeed, for all of us.

It’s hard, in today’s relative peace, to imagine the necessity for a coordinated air and sea assault involving hundreds of thousands of people. It’s hard to imagine a leader of a European, or any other country, deciding to conquer a continent. And almost succeeding.

On June 6, 1944, we didn’t know how long it would take to beat Hitler back. And there was a war in the Pacific against Japan as well. It would be another year and more before the war was ended.

Thinking about the immediacy of the invasion of the beaches, the shooting and death, the paratroopers landing can blot out that bigger picture. We must think of the people involved, but D-Day was also the hinge point between an older world where military conquest made a nation strong and a newer world in which that sort of aggression would be unacceptable as a means of state-building.

Cross-posted at Nuclear Diner.
Posted by Cheryl Rofer at 11:48 AM No comments:

Important for summer: Yes, DEET is safe to use to repel mosquitos. They carry West Nile virus and other nasty diseases.

I said it a very, very long time ago: it is not possible to contract government services out to profit-making companies that pay taxes for less money than the government does it, unless you cut the numbers of personnel and their salaries. Looks like that came back to bite us.

Just one of the many. I see Roger Cohen is doing it at the New York Times, too. The common threads seem to be that the authors are frustrated that the world is untidy and that Barack Obama doesn't see fit to tidy it up the way George Bush did. Since Iraq, Afghanistan, and Libya are such exemplary successes. And yes, Libya was on Obama's watch. Maybe he learned something. I tweeted this morning to ask Cohen what he would recommend. No answer. Just make it better. That's pretty much what David Rothkopf says in the link, too. And these are the guys that are supposed to understand foreign policy.

The norm that the United States brings back its military personnel from capture as prisoners of war can't depend on the qualities of the individuals. It is a pledge to those who fight for the country and necessary to maintain their morale. No person who is captured during war should have to worry whether s/he is worthy of being rescued. And there is a corporate side too easily ignored in our individualistic age: people work better together when they know they've got each others' backs. So bringing Bowe Bergdahl back is a good and necessary thing. There will be an investigation into how he was captured. The people who are objecting to this either don't understand military discipline, or they are partisans willing to use politics in destructive ways.

Interactive photos showing scenes around D-Day (June 6, 1944) in France and Britain and today.

Newly recovered photos of destruction in Nagasaki, Japan, by the atomic bomb.

An excellent collection of essays about Vladimir Putin's Eurasian politics. Read at least the introduction.

Linda Greenhouse, an experienced Supreme Court watcher, says that the Republicans on the Court are damaging it and us.

1989 is 25 years ago. Lots of anniversaries of a very active year. The Rocky Flats plutonium plant was raided.

More of how science works is public now. Get used to it.