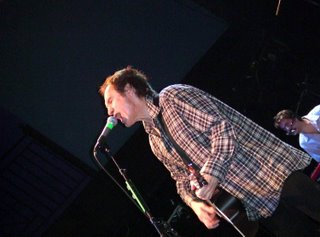 Ned will have a review of this tremendous show, so I'll let him do the eloquent waxing, which he's better at anyway. Keep an eye out.

You know, when you go to a show by one of your rock heroes and most of the audience has gray hair, some of whom have brought their teenaged kids, and the prerecorded music before the show is the Everly Brothers and others, you start to worry. I saw Los Lobos a couple of years ago - don't laugh, I also saw them in their early years when they were a good punk-influenced rock band and a great mariachi band - and the show dripped old-guy survival. "Yeah, we're still around, despite the gout, and we will survive. Here's our soulless, passionless version of 'La Bamba.'" I felt embarrassed for them and for myself, and couldn't wait to leave. Sometimes you've gotta bolt.

On the way to the show, I told Mrs. Helmut that I was worried Ray would go all sappy good-old-days a-Lola on us, and I didn't want to feel that same shame for him as I did Los Lobos. He's a hero - you don't want to chop down the hero tree.

The show rocked. Happily, one of the best shows I've ever seen. It was beautiful, and refreshing. Nothing dripped. The band was great. Ray was in clowny and self-deprecating form - that particular genius he has for making you laugh at bitterness and forget your 21st-century ressentiment. It doesn't hold up to Ray's satire. You learn to love even the bitter part of life. The songs were crisp and renovated. The new songs are good, the old ones were played with soul and power. "Till the End of the Day," "All Day and All of the Night," and "You Really Got Me" cranked out the reasons The Kinks were such a significant influence on 70's punk. And there was a lovely acoustic guitar duet with Mark Johns through some of the Village Green songs, treating them with gentle but fresh respect; somehow avoiding nostalgia for what are essentially songs about nostalgia. Plus, I got to shake the hero's hand at the end.

It's difficult to isolate hero worship from the concert itself. But the fool was the old fool and the new fool, playing through the story of some of the most brilliantly composed songs in rock history as if everything and nothing had occured for all of us in between. By the end, we all sang "Lola" as if we somehow channeled the lyrics to a new song. That is brilliance. 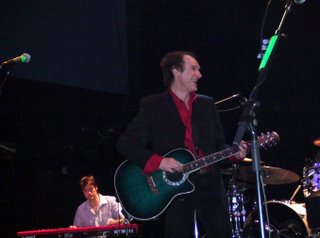 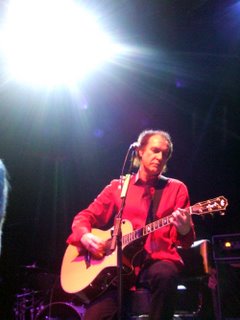 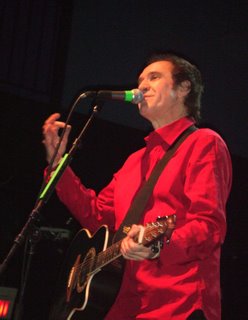 Photos by Helmut and Mrs. Helmut
Posted by helmut at 11:33 AM