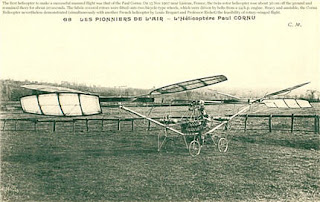 Today is the first day of the Paris Air Show, always a wondrous occasion in which is celebrated humankind's gravitational léger de main. The IHT, of course, writes about the big business side of the show: Airbus vs. Boeing and how many contracts they rake in. But the organizers are celebrating 100 years of the helicopter this year. (Via Frogsmoke).

The first working helicopter was invented by Frenchman Paul Cornu, whose contraption is shown above. The feat of the bicycle-maker and engineer is all the more astounding because the contraption resembles less a bird, as regular aircraft do, and more an abstract notion of suspension. Many ideas for new technologies began through a continuity by conceptual analogy: the thorned branches of osage orange hedges and barbed wire, stones and hammers, birds and airplanes. Others came from new principles of physics, chemistry, engineering, such as the steam engine. But where did the helicopter come from? The Chinese had a flying top too made out of bamboo as early as the 5th Century. Leonardo designed a flying machine in the 15th Century based on his observations of bird flight. 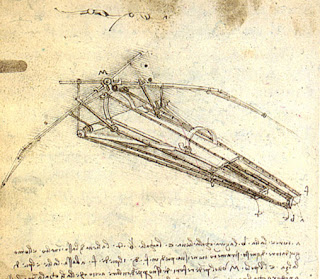 Other European inventors designed prototype models to Cornu's version through the 19th Century. But, still, how does one move from the observation of bird flight to the rotary wing of the helicopter? Perhaps, rather, the source was the seeds of maple trees? 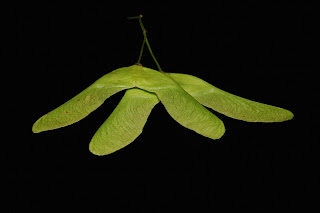 Hummingbirds and bees hover in ways akin to helicopters. But you could derive a helicopter just by standing a propeller plane on end.

This was 1907. The Wright Bros flight was in 1903. Maybe it was when one of those earlier flights upended that Cornu got his idea for a horizontal rotary propeller. Still, hummingbirds and bees fly by flapping wings.

Early aircraft designs were all over the place and many were close to working. If the Wright's hadn't succeeded when they did, we might be flying egg beaters.

Clarification: Not "an example" so much as a reference.