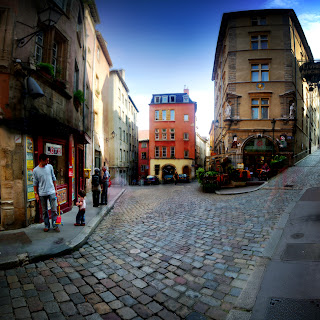 BLDGBLOG discusses a plan by Dubai (and Lyon) to build a 700-acre replica of Lyon in the U.A.E. desert.

The resulting metropolis will be called Lyons-Dubai City, and it "will cover an area of about 700 acres, roughly the size of the Latin Quarter of Paris, and will contain the university, a hotel school, a film library, subsidiaries of Lyon museums and a football training center run by Olympique Lyonnais."

It will only be complete, however, if the existing population of Lyons (aka Lyon) is cloned, raised in the exact same way as the source population, reading the same books, dating the same people, working in the same offices, etc. – so that they can wander round, eating tomato salads in sidewalk cafes, stunning future tourists from China....

The Prince of Dubai has taken the Spectacle to a whole new level.I personally blame Walt Disney.