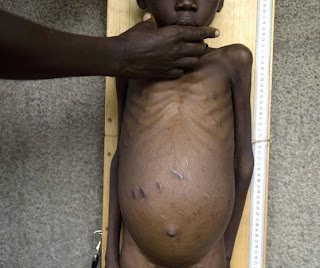 Photo: Walter Estrada - AFP/Getty Images
The Washington Post does a report today on the growing food crisis and some economic and political ramifications.

The Washington Independent has its own piece focusing on food prices. But I think it wrongly concludes that, "The food debate will eventually break down into two camps: Those who believe supply and demand are the problem, and that the world can't produce enough to meet the needs of growing economies; and those who blame ethanol production." This completely misses the distribution problem I noted earlier. It also misses the crucial problem of food waste in the developed countries. 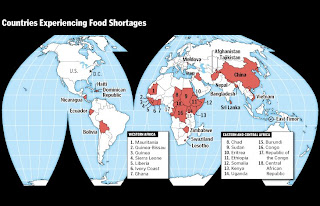 Here's the FAO's Food Prices Index. The FAO will hold a Conference on World Food Security and the Challenges of Climate Change and Bioenergy in June on the crisis.

In the meantime, ongoing biodiversity loss is a related factor thus far not considered in the context of the present food crisis. 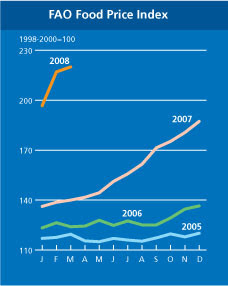 Source: Food and Agriculture Organization
Posted by helmut at 1:45 PM