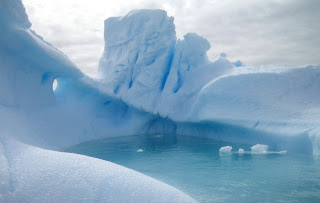 Photo: Matthew Gibbons
I've been thinking about a major online project which I simply don't have the time, resources, or grant-writing energy to do. It would be an interactive data site presenting a global map of greenhouse gas emissions and other activities contributing to climate change. There is, as far as I know, only this site - CARMA - that attempts to do this. The site, UNdata, adds a bit more that could be integrated into the more comprehensive map. But I would also include estimated effects in both global terms and local/regional terms. It would include low-end and high-end estimates of these effects in hydrometeorological, economic, and social terms, differentiating between different emissions (CO2, methane, nitrogen oxides, etc.). Further information could include an assessment of needed practical changes at both the global and local/regional level.

A global interactive map could serve as a research tool, a reporting tool/clearing house for national emissions reductions and other mitigation and adaptation measures, a practical tool for developing other policies, and a visualized effort at reconceptualizing international and national norms about climate change.

Here's another new map: a high-resolution map of the US carbon footprint down to 100-square-kilometer segments.
Posted by helmut at 8:56 AM

Get Google onto it. I heard on NPR that Google Earth had the camps in Darfur on it.