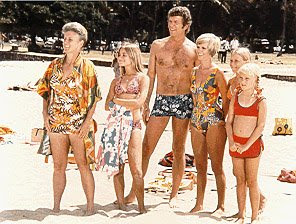 Oh, a bit of campaign palaver here today, cause I've got nothing else to say. Besides, it was a fun day for the battle of campaign rhetoric.

Cindy Hensley met John McCain more than 20 years earlier at a party in Hawaii. He was a 43-year-old naval officer, married at the time. She was 25. They married a year later — in 1980 — and they signed a prenuptial agreement, which was fairly rare at the time.

Just so we are clear- visiting your grandmother while vacationing in Hawaii, the state where you were you were born- elitist.

Meeting the millionaire heiress daughter (who you will soon begin an affair with and divorce your first wife and then go on and buy a ton of houses) in Hawaii and then going on and honeymooning in Hawaii – not elitist.