The Women Did It! 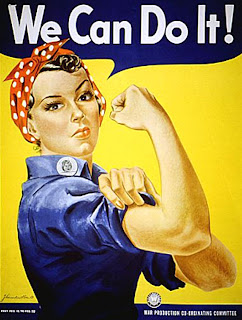 There's probably not a catchy enough way to encapsulate it that it will achieve great publicity, but on the American side, the START negotiations have been done mostly by women. Maybe "The First Major Treaty To Have Been Negotiated By Women"?

There was a technical team working for Gottemoeller that must have included some men, of course. But it would have been Gottemoeller who asked them for the specifics and directed how they should frame their analyses.

Sergei Lavrov was the Russians' chief negotiator. No disrespect to Mr. Lavrov, who obviously worked hard and in good faith, but I wonder how much more quickly this might have been done if women had been negotiating for both sides.

In any case, congratulations to all involved on a job well done! The text of the treaty seems not yet to be available, but all indications are that it's a worthy successor to START I and that, as importantly, the negotiations built trust and channels of communication.