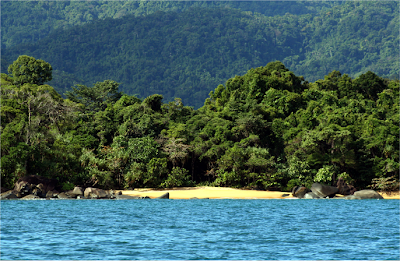 "The abundance of vertebrate species, based on assessed populations, fell by nearly a third on average between 1970 and 2006 and continues to fall globally," says the report, issued ahead of a top-level meeting of the Commission on Sustainable Development this week in New York. [editor: Figures from a WWF report available here].

The report does see progress in the creation of preserves, in particular in the number of protected marine areas announced in recent months, but the overall assessment of the treaty by its Montreal-based secretariat paints a grim picture, saying habitat losses have offset gains. Wetlands, salt marshes and habitats for shellfish seem to be suffering the most damage.

More on this later.
Posted by helmut at 6:57 PM

sigh... this is still happening to Less Developed Countries (LDC) and developing countries so that those nationals could follow the Wealth. this is a kind of challenge for humankind after all. thanks for the news though!!

At least in terms of deforestation, part of the reason LDCs and developing countries are seeing the most rapid losses is because the developed nations have already seen much of theirs. This also just happens to be the main consumer base for forest products.