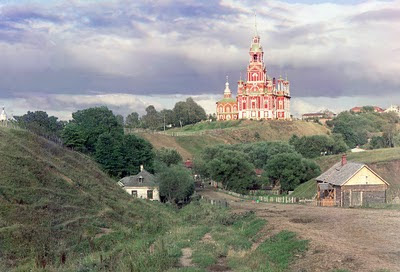 Beautiful color photos from Russia a century ago. Some of it still looks like these photos. (h/t to MBC)

I started some bits and pieces on dumb in response to Helmut's post. Today is dumb day, in honor of the efforts of talk radio.

If you're not feeling dumb, there is a lot of substance out there today as well. I haven't read all of these, but I hope to.

How reporters mangle science on Gulf oil. (And many other things, I might add!)

Skip peer review, just publish science like we bloggers do. I have some reservations about this, but peer review definitely has some problems. Some other thoughts.

If Israel attacks, by Bruce Riedel.

India would like to impose liability for accidents on nuclear enterprises. This could scuttle nuclear cooperation with India, which would not be an entirely bad thing.

The Afghanistan War Is Mainly About Pakistan and India. Something I've suspected for some time.

More climate science non-scandal. The responses to the denialists' accusations never seem to merit as large a font for their headlines, when they show up in the MSM. See dumb, above.

And some military dumb, also known as your tax dollars at work:
The flying laser just doesn't quit.

Getting excited about cyberwarfare, because we need to spread war into all our media. Even David Ignatius sees the dumb here.
Posted by Cheryl Rofer at 5:44 PM