I'm wondering if Brazil's and Argentina's recognition of a Palestinian state will make a difference. Could, if more countries sign on.

The Democrats in Congress whine that President Obama isn't doing enough to get legislation passed. He negotiates with the Republicans, and then they don't like that. Come on, guys! You're all on the same side, remember? I am getting really, really tired of the whining and bitching by Dems. Making sausage? Art of compromise? Anyone remember those?

Indeed, the compromise could have been better. In a universe where the worst we'd have to deal with would be Blue Dog Democrats. For example, this chart: 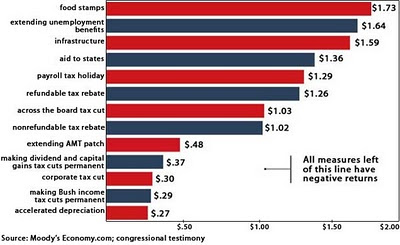 From Maxine Udall, Girl Economist, who makes some more good points in this post.
Posted by Cheryl Rofer at 4:22 PM

It's not the .29 of course. It's the compounded failure to assert. The people voted for change and got zip.