Same-Sex Marriage in the Supreme Court 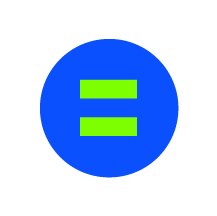 Today and tomorrow the Supreme Court will hear arguments for and against California's Proposition 8, which banned same-sex marriage in California and the Defense of Marriage Act (DOMA).

This Court is famously conservative. But the Court is not totally isolated from public opinion. Its decision could be on broad or narrow grounds; previous decisions have tended to be broader than expected.

The concern trolls are comparing this decision to Roe v. Wade, the abortion decision. Too broad a decision, they say, would result in a backlash. So they hope for an incremental decision of some kind, so as not to épater les bigots.

bmaz argues against the concern trolls. I'll agree with him, and add one more reason, although not the kind that usually sways the Supreme Court: the country needs a big decision of some kind, and this might as well be it; some clear statement that allowing people their own loves and domestic arrangements is the right thing. We've had a lot of incrementalism in such matters for what seems like a very long time. There is a time for incrementalism, and I've often argued for it. But too much feels like Sisyphus rolling the rock up the mountain, or being bitten to death by ducks.

Sarah Kliff presents a load of nice graphics that say that if the Supremes get it wrong this time, they'll simply be ignored. I'm pleased with New Mexico's unique color in that map of the United States; it's possible same-sex marriage has been legal here all along. The lawyers are working that out now.

So I'm feeling good about this. John Roberts has shown that he has enough respect for the Court and his position on it not to follow his personal reactionary instincts. And hey! there just might be a backlash if the Court does decide to go with those instincts. I'm willing to concern troll that side of things.
Posted by Cheryl Rofer at 10:30 AM