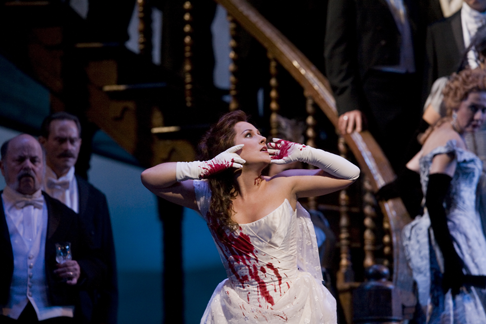 Russia sent observers to Scotland’s independence referendum to help out. Volunteer observers were not welcome during the Crimean referendum, which was arranged in days to Scotland’s months, but we’ll ignore that here. The observers found irregularities: no stamps on documents, without which nothing is official in Russia, and which are used in much more limited ways in other countries. The rooms were too big.

Russia would have loved a “Yes” vote in this election, so there must have been irregularities. A “Yes” vote could have been spun as supporting the very fixed results of the Crimean referendum. It’s hard for Russia to believe that other countries just let the votes fall where they may in an election.

It’s hard not to laugh at the absurdity of that picture, and there have been many gibes on Twitter about what Russia would like to present as its highly principled stand. But how does one respond, and, more importantly, how should other countries respond diplomatically to Russia’s many absurd claims and behaviors?

Or "Oh, you know that thing I agreed to last week? I've changed my mind, and I'm going to get SO MAD if you don't listen!!!!"

It would help to know where Russia is coming from in all this. Do they understand what democratic voting means, or do they believe that all voting is the farce that it is in Russia? Is it an act or propaganda ploy? Should we laugh or ignore, as we might crazy behavior in a relative or friend? If the belief is real that Russia is all right and the rest of us all wrong, and out to get Russia, laughter might worsen the situation.

It appears that Russia is trying to fill our bandwidth with claims and outright lies, trolls, and, yes, hysterics. The multiplicity of reactions coming from ordinary people on Twitter and other social media probably is a good thing. Diplomats will have to choose which actions and accusations to respond to. It’s too bad there’s no international equivalent of a medical tranquilizer.

Stalin believed Churchill was joking when he said he was answerable to the people for decisions made at Yalta. People tend to judge others by their own beliefs and actions (which is why moderates are always beaten). Russians simply take it for granted that other countries behave the same way they do