Links for a Hot Friday 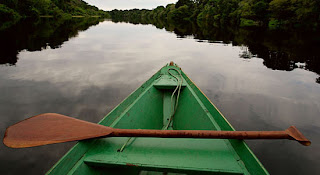 Photo: Lalo de Almeida for The New York Times
I've been wanting to write about each of these topics discussed in the links below, but this morning just haven't had the time. I'm linking anyway and will try to get back to them this afternoon. They're all worth a read.

The new politics of political aid in Venezuela

In the Amazon: Conservation or Colonialism?

And then check out this peculiar item at the BBC:

Document uncovers details of a planned coup in the USA in 1933 by a group of right-wing American businessmen... The coup was aimed at toppling President Franklin D Roosevelt with the help of half-a-million war veterans. The plotters, who were alleged to involve some of the most famous families in America, (owners of Heinz, Birds Eye, Goodtea, Maxwell Hse & George Bush’s Grandfather, Prescott) believed that their country should adopt the policies of Hitler and Mussolini to beat the great depression.