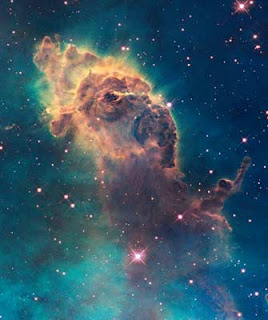 Back in the 1960s, when I was finishing graduate school, finding a job was a seller’s market if you had a science degree. (Well, it was if you were male, but that’s another post.) Scientific American was loaded with full-page ads recruiting scientists and engineers to chemical and aerospace companies. A “grand tour” of several companies across the country was expected.

The United States was rebuilding its infrastructure, developing new things, and helping Europe to rebuild. The interstate highway system, NASA, and, yes, the nuclear weapons establishment, along with the foundations of today’s computational society.

Vannevar Bush had laid the intellectual groundwork for a government-science-industrial partnership during World War II as it became clear that science would be the source of the decisive weapons for that war. But he also had recommendations for keeping that partnership fruitful after the war, and they were largely followed, which was the engine keeping that seller’s market going in the sixties.

It’s always easy to mistake one thing for another, with a bit of greed thrown in, along with overconfidence that comes with success, and pretty soon we had a bunch of self-satisfied folks insisting that it was solely the free market and industry that drove those economic and technological miracles. Ronald Reagan and numerous legislators, Republican for sure, but also Democrats convinced of the free-market line, Vannevar Bush’s playing ground was tilted toward industry. And so the goose that laid those golden eggs was slit from gullet to vent, and, sadly, there were no eggs inside.

Today, J. was quoting Brian Jenkins on fearful Americans. I think that fear is something that happens when your mind doesn’t have anything better to do with itself. It probably goes back to ancestral hominids, when being too concerned that something awful might happen was likely to shorten your life by a bit, but not as much as not being sufficiently afraid of the tiger in the bushes.

We’ve been ripe for something better to do with our minds since the 1970s. Something to distract from the culture wars, shag carpeting, hot-tubbing, the oil embargo, obsessive running, environmental pollution, and terrorists. Some of those problems, to those of us who came of age in more optimistic times, seem ripe for putting our minds to. But now we’ve got that free market standing in the way, not to mention those financial innovations that a bunch of folks who didn’t have anything better to do came up with and sank the economy. The free-marketers have done their best to gut government research and to buy university research, while destroying their own capacities. 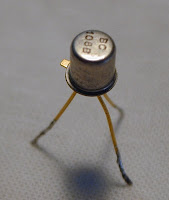 So it’s time for a change. Unfortunately, we no longer have, as we had in the sixties, a government in which most participants are concerned with the future of the country, so that’s another barrier.

I’m hoping that President Obama will be able to press his green energy initiatives forward. In the fifties and sixties, it was the transistor and space travel. Transistors at that time were space-alien-looking things, a cap on a tripod, only a bit smaller than your thumb. And we’ve got the Hubble telescope and Burt Rutan, even if we lost some of our nerve on the way to space.

That kind of excitement, along with other initiatives and the spinoff from all of them, gave us something to do besides fear. 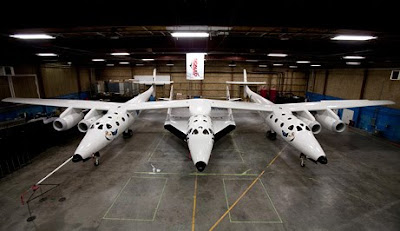 There’s a chicken-and-egg character to innovation and fear. We’ve added in, since the sixties, the free-market freedom to be afraid that getting cancer will bankrupt you. That builds in a number of barriers to innovation, as David Leonhardt points out. So we need health care reform too.

The Next Big Thing is getting off the carbon energy bandwagon. Hard products to revitalize a manufacturing industry, and hard problems to put our minds to. It’s looking like President Obama is inclined toward a more Vannevar-Bushian model than we’ve had for a while, but he’s got Congress to contend with. The demands of private companies have to be balanced by a strong role for the government and the universities, and the universities have to be decommercialized. Basic research has to be part of the mix, even though our decades-long neglect means we will want solutions right now.

The Europeans are already ahead of us, and the Chinese are looking at nuclear. If we’re worried about how careful the Chinese are going to be about their nuclear plants, then maybe we should be looking into nuclear safety and develop gadgets and plant designs to sell them. And so on. Let’s get back to looking at solutions, not just the worst-case outcome.

[Photo credits: Hubble photograph of a jet in Carina from here; transistor from here; Space Ship Two from here.]
Posted by Cheryl Rofer at 3:05 PM