The height problem is harder to solve. I've done it partway by using the natural slope of the yard, but it might be better to find a way to set the camera on the ground without using the tripod. In any case, here's yesterday's full record. 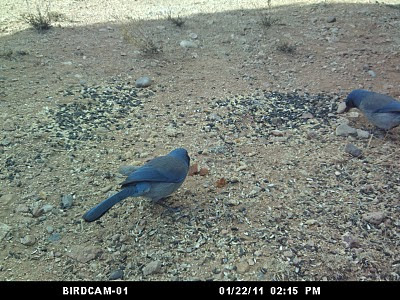 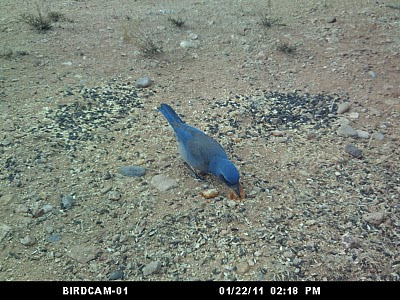 And a brave (but shadowed) junco. 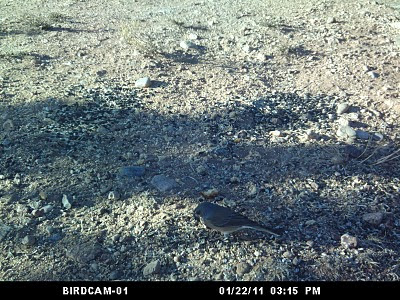 Not close enough. I have an idea, though...

It's cloudy to the south, and clear to the north. Different weather on two sides of the house, as so often happens.

I'm not going to bore the blog with continued birdcam. Just thought you might like to see how yesterday's placement turned out.
Posted by Cheryl Rofer at 10:06 AM