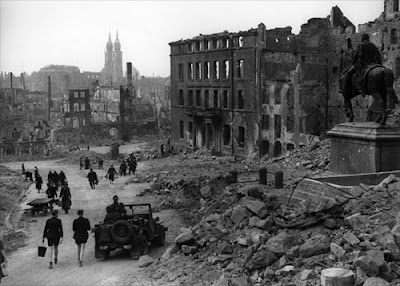 Iran seems to have responded to the attacks on its nuclear scientists by similar bombings of Israeli embassy personnel in Tblisi and New Delhi. The perpetrators haven’t been identified. Hezbollah is everyone’s first guess, although Juan Cole questions that.

These incidents seem unlikely to spark the war that Israel has been broadcasting its readiness for, but it’s not clear that Israel isn’t planning one for later this year. And the Republican candidates for president seem to be longing for one.

As we saw in the Iraq war, macho posturing is easy, but war is hard. So we heard that war in Iraq would be a cakewalk, that our military would be greeted with flowers and sweets, and that once Saddam Hussein was out of power, the people of Iraq would work together to build a democratic government. None of those happened, it’s been a long nine years, and Iran is far from democracy.

Those optimistic evaluations were devoid of historical perspective, or worse, constructed of cherrypicked history to give the results the speakers wanted. Wishful thinking, or propaganda, whichever they were, is a poor way to prepare for war.

Although nobody has yet used quite as dismissive a word as cakewalk about a proposed war with Iran, there have been suggestions that the Iranian people would be glad to be bombed and invaded and would side with the invaders against their rulers, probably a first in history and not too different from the anticipated roses and baklava in Iraq. Although war is mentioned by some of those contemplating attacks on Iran, its results are minimized.

Larger geopolitical effects are seldom even considered. Israel’s view of Iran, the one we hear the most about, is not shared by any other nation, and some nations have positive relations with Iran. India and Turkey continue to import oil from Iran. China has long had close relations with Iran and would like to extend its influence westward. It is working with the other P5+1 nations (US, Russia, Britain, France, and Germany) to bring Iran to the negotiating table.

So let’s consider what a war between Israel and Iran would actually look like.

In 2009, at another peak of Israeli saber-rattling, Anthony Cordesman and Abdullah Toukan did a study of an Israeli attack on Iranian nuclear facilities. This is probably the most detailed analysis on the Web, but it doesn’t say much about a likely Iranian response and other repercussions.*


The attrition rates of the Israeli Air Strike will be high, could go up to 20 to 30%. For a strike mission of some 90 aircraft, the attrition could then be between 20 to 30 aircraft.

Iranian response against Israel
• Immediate retaliation using its ballistic missiles on Israel. Multiple launches of Shahab-3 including the possibility of CBR warheads against Tel Aviv, Israeli military and civilian centers, and Israeli suspected nuclear weapons sites.
• Using proxy groups such as Hezbollah or Hamas to attack Israel proper with suicide bombings, covert CBR attacks, and rocket attacks from southern Lebanon.
Regional Security
• Give rise to regional instability and conflict as well as terrorism.
• Destabilizing Iraq through the Shia against US occupation, further arming insurgency
groups when possible.
• Support and upgrade Taliban capabilities in Afghanistan.
• Increase the threat of asymmetric attacks against American interests and allies in the region, especially against countries that host the US military such as Qatar and Bahrain.
• Target U.S. and Western shipping in the Gulf, and possibly attempt to interrupt the flow of oil through the Gulf.

These are the usual generalities. We need more detail.

Damage in Israel
Israel has one of the best missile defense systems in the world, and theater missile defense can be effective. How many missiles Iran has that can reach Israel is not known. One source claims 200,000 missiles aimed at Israel, but this is probably a great exaggeration. Unless the number is in single digits, some will get through and will kill Israeli civilians. Whether Iran has chemical and biological weapons is not clear, but explosives will do significant damage if they land in Tel Aviv and other cities. Additionally, rockets are likely to be launched from southern Lebanon, most likely targeting civilians.

From one reporter living in Israel:

I understand why people don’t think about missiles loaded with poison gas or bubonic plague landing on Israel; I don’t think about it much anymore, either, because it’s become too close. Instead, I think more about the less-than-doomsday scenarios: a conventional missile war lasting weeks, spreading beyond just Israel and Iran. I think about those 200,000 missiles pointed at Israel, and about what sort of blood account the Muslim Middle East is going to have with this country after we launch a war to defend, for the third and by far most dangerous time, our exclusive “right” to nuclear weapons in this part of the world.

I imagine the day after the smoke clears, for however long it clears, when Israelis count their dead and realize they’re going to have to do it again in another year or two or three, and I wonder what it’s going to be like in the interim. I try to imagine a future in which Israel, believing it has no choice, starts one war after another after another whenever some Middle Eastern country decides it wants a fraction of one percent of the weaponry Israel has had for decades.

Damage to the United States
Damage to the United States would be primarily economic rather than physical, except for the military and potential terrorism. The last five points listed by Cordesman and Toukan have been discussed to some degree in US media. The effect on the military seems to draw little concern from the broader American population. In fact, almost half of American voters would approve of a war with Iran, according to a recent poll.

But we can hope that American policymakers are taking a longer view. An enormous rise in oil prices resulting from unrest around the Strait of Hormuz or the withdrawal of Iranian oil capacity through war damage would set back what appears to be the beginnings of an economic recovery. And there is the question of paying for US involvement, if that came to pass.

The war in Iraq has been estimated to have cost $3 trillion dollars or more. Iran is a larger country, with a more complex terrain. The nuclear and military installations range across the country. Iran’s military is much stronger than Iraq’s. All that suggests that a war with Iran would be more expensive than the war in Iraq.

International Repercussions
Most of the discussion of an Israeli attack on Iran has been limited to Israel, Iran, and the United States. But there are many other countries with interests in such an attack, and some might just join in.

Israel has few friends in the area. Saudi Arabia, home of the Salafi version of Sunni Islam, is concerned about Shia Iran’s influence in the area, particularly the possibility of its acquiring nuclear weapons. So it has been offering oil to Turkey and India to replace what they buy from Iran and has hinted that it would turn a blind eye toward overflights by Israel to bomb Iran. The enemy of my enemy is my friend. But how long would Saudi Arabia stand by Israel after the dirty deed was done?

Egypt, under Mubarak, signed a peace treaty with Israel. The new government is rethinking that relationship and at the same time meeting resistance by Bedouin tribes in the Sinai Peninsula, adjacent to Israel. An attack on Iran would push Egyptian public opinion over the brink against Israel.

Pakistan, which has refused to recognize Israel and is the holder of a hundred or so nuclear weapons, would condemn an Israeli attack on a fellow Muslim nation. Since the US would be seen to be part of an Israeli attack, this would further sour US-Pakistan relations. Pakistan’s internal troubles may keep it from taking an active role in a war, but a war can be a way to distract a population from internal troubles.

China and Russia have protected Iran from sanctions in the United Nations Security Council. An attack by Israel would be seen by those two nations as having support from the US and could have the effect of driving them closer together in opposition to the US.

The probable effects of hardening Iran’s intentions to get nuclear weapons and spreading a nuclear arms race to the rest of the Middle East have been covered in many of the news stories.

More generally, Israel already suffers from its image as an aggressor against the Palestinians. An attack on Iran would intensify that image and remove sympathy for Israel in many nations across the globe. Although Israel’s military is far stronger than others in the region, after it is damaged by an Iranian counterattack, it would be more vulnerable militarily and would have less sympathy from the rest of the world as well.

Or Will This Prove Decisive?
Finally, a wild card. Perhaps politics is a larger part of all the talk than I’ve taken it to be.

By Yossi Verter in Haaretz:

A senior member of the opposition explained this week why Prime Minister Benjamin Netanyahu wouldn't attack Iran: "Bibi likes to talk big but he isn't a man of belligerent action. I am not disparaging him. In both his terms [in office], he never started a war or launched showy operations or unnecessary adventures, aside from opening the Western Wall tunnel, and that's something he regrets to this day. Is he going to be all macho on Iran, of all things, when he knows how destructive this would be?

"But his main motivation not to attack is that he would likely lose his seat as a result. First off, the Iranian installations will not be destroyed. In the best case they will be damaged. The project will be delayed by at most two or three years. The Iranians will have extra motivation to complete it. The world will not be able to prevent them.

"The price of oil will skyrocket. The Europeans will want to kill us; they won't back us. We will be completely alone. And we'll see just how the Americans will act, especially if President Barack Obama is re-elected in November.

"What will happen here? The whole region will go up in flames. Thousands of rockets will fall on Israel. In the initial days, hundreds of them will fall on Tel Aviv. Then we'll be in a war that goes on for months. The economy will crash. Tel Aviv will become a frontier town, and what will Netanyahu have to show for it? A quickly recovering Iranian nuclear project? Condemnations and boycotts? Terror attacks on Israeli targets abroad?

"After all, elections are due to be held in a year. In the wake of all that destruction, will he be re-elected? Will Likud win the people's trust again?"

Maybe the power of politics and the need to get re-elected will prevail. We can only hope.

The Israeli time frame as to when Iran will have a Nuclear Weapon is between 2009 and 2012, whereas the U.S. time frame is after 2013. Israel states that Iran should not be allowed to obtain any nuclear capabilities that could eventually allow it to produce nuclear weapons. Israel views Iran as an Existential Threat and must be dealt with in the immediate future.

Photo of Nuremberg in ruins from the Holocaust Museum.

Cross-posted to Nuclear Diner.
Posted by Cheryl Rofer at 2:01 PM